Building real knowledge is not easy. When we get information that makes sense, it’s natural to take it as the ultimate fact. We have come to believe it as true and complete and it is impossible to know whether it is a relative truth, a half-truth, an incomplete truth or even false information. It takes a lot of experience with the subject to be able to classify the validity and relevance of an information. It takes a lot of knowledge to be able to precisely classify information and to know how to separate what is only true from what is relevant. And that’s the ultimate in studying something: acquiring pragmatic knowledge. Pragmatic knowledge transcends the aesthetics of knowledge, it transforms sages into ordinary people who open their mouths only to say what is necessary and do it in the simplest language possible. Academics hate this kind of sage; they make it look easy, they seem to take away the value of knowledge. Advanced knowledge brings vanity and what this group of bold vocabularies fears the most is being confused with the “mortals” of the “cartesian mind”. It is an outrage, a sacrilege to the discipline of study. But the difference between true sages and literate pickaxes is that the former uses to solve problems, the latter uses to create them. Excess knowledge brings doubts and biases, it “locks the wheels” of attitude. The old Buddhism already said “(…) when I learned Zen, mountains went back to being just mountains and seas just seas (…)”. the process of knowledge construction is an exploded analysis of small parts, but it needs to be reconstructed as a whole to make sense. It becomes simple and practical. It is at this point that some pseudo-knowers become useless for not being able to bring about advances, only more problems. When you receive information, hold it like a piece in your pocket. Never have it as all there is to know. Don’t fall into the Dunning-Kruger Effect trap.

So let’s talk about macronutrients. Most people only think about NPK as macronutrients, but there are actually six macronutrients: nitrogen, phosphorus, potassium, calcium, magnesium and sulfur. “Okay, after NPK there are three more absorbed in smaller amounts”, some might think. No, if you were to cite them in order of demand it would be nitrogen, potassium, magnesium, calcium, phosphorus and sulfur. But then why did they just create the NPK without everything else? That’s a correct question worth asking. This is for two reasons: unavailability and incompatibility.

Unavailability refers to NPK as being the most susceptible nutrients to be lacking in the substrate. Nitrogen for having a very high demand, potassium for being a cation that may not be retained in the CEC (cationic exchange capacity) enough to meet the demand of plants and phosphorus for being highly reactive with clays composed of metals and being inert when binding with iron, aluminum and magnesium. So the NPK package is to remedy this natural soil tendency. Calcium and magnesium do not suffer from this tendency as much as long as there is good CEC.

The incompatibility refers exclusively to phosphorus, as it is very reactive even with Ca2+ and Mg2+ cations and forms highly insoluble compounds that become useless for plant nutrition. That’s why there is no reputable “all in one” that mixes P with these cations. It is important to understand this. These cations, in turn, when there is a need to supplement them, are done separately. That’s why I recommend not fertilizing P on the same day as correcting GH.

But what about sulfur?

Well, sulfur is a very active macronutrient in plant metabolism and cannot be neglected. It has some important enzymatic and structural functions in proteins responsible for transporting electrons in the light phase of photosynthesis (photophosphorylation) within chloroplasts. Furthermore, they also play a remarkable role in the construction of proteins by serving as a link between amino acids (proteins are basically associations of amino acids joined by sulfur atoms). In other words, without sulfur there is no photosynthesis and no growth.

In general, sulfur is very abundant in soils and its deficiency is rarer. Despite this, it ends up being added collaterally by supplementing K, Ca and Mg cations. Sulfur (I mean mainly SO42+ sulfate), like phosphorus, is also a very reactive anion with cations, but the bonds are not as fast, strong and persistent as phosphorus (P reacts with cations a few thousand times faster than S). Therefore, the resulting salts are relatively insoluble, but they are more unstable and are more easily released under reducing conditions.

However, the entry of S in the fertilization of cations is not a rule. Some cation supplements are based on chloride instead of sulfate because they are more soluble and cause less turbidity in the water column (based on chlorides they are liquids and based on sulfates they are solids that take time to disperse). Aquariums that use chloride-based GH correctors depend on three other routes of entry for S: fertilization of K (when made from potassium sulfate), thiosulfate-based dechlorinators (conditioners) and from the water reposition (if you have the opportunity, check the analysis of your tap water from the public network and see if you have sulphates). These aquariums are more vulnerable to lack of S.

Igneous rocks (rocks made from a hardened mantle of volcanic magma) can be rich in sulfates, but it is difficult to rely on their spontaneous release into the water column under more oxidizing conditions. So this possibility is null or irrelevant. 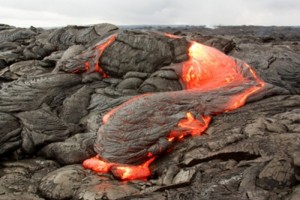 Figure 1 – Igneous rocks have a high sulfur content, but their release to the water column cannot be considered relevant.

Symptoms of S deficiency in plants is something very little studied by aquarists and I imagine that most do not even consider its presence as an important factor for the health of the planted tank. In fact, the S lack signals are a bit difficult to identify because they look a lot like the Mg, Mn, and even K lack signals, which does not form a typical observation, a visual pattern like the one we see in the absence of K, Ca, N and Fe. This is because S is neither very soluble nor very insoluble in phloem, so it is a more mobile nutrient in some plants and less in others. In general, the most recurrent sign is a slight fading of the leaves between the veins, in some plants in the older leaves, in others in the younger leaves and in others in the whole plant. Fading can appear as chlorosis from the edges of the leaves, suggesting a lack of K, but with the difference of preserving the green veins. If malnutrition persists, the edges can become necrotic and lead people to believe that the missing nutrient is definitely K. By supplementing K with sulfate, the problem ends up being resolved: aim at one target and hit another, but with the same effect. You’re not always that lucky. That’s why it’s important to note the appearance of signs early on to avoid their evolution from becoming confusing and impossible to identify with any better precision. Sometimes the chance of knowing exactly what’s going on passes very quickly, especially on high-paced systems where things go downhill very quickly. 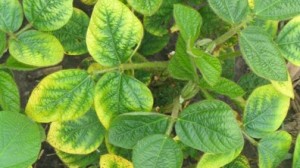 Obviously, when these signals come, people must act based on probability. Since S is the nutrient that LESS TENDS to suffer unavailability in the system, the approach must continue to consider Mg deficiency, that is, increasing GH a little. In doing so, both calcium and magnesium should rise unless a Mg-only product is used. Since the cause is the lack of S or Mg, if the product is based on sulfate, the problem should be resolved quickly. If the GH corrector or Mg supplement is made from chloride and the problem persists, it’s worth trying a sulfate-based product. If the signs still do not disappear satisfactorily, then the deficiency could be Mn and it is worth increasing the dose of micronutrients a little. Be wary of this hypothesis, because it is very rare for an aquarium that receives micronutrients systematically to show signs of a lack of manganese or any other micronutrient other than iron. 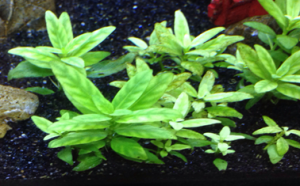 Figure 3 – Staurogyne showing typical fading between veins. Is it lack of Mg or S?

The plant that most quickly senses an eventual lack of sulfur is Staurogyne (always it). It gets mottled all over its height (neither on the tops, nor on the bases predominantly) and eventually evolves into lesions on the older leaves or the irritating “melting”. Healthy Staurogynes have a uniform green tone and the leaves are flat. It is quite evident that in some aquariums they have very short internodes with intense production of adventitious roots emerging from the stems and are quite dense in appearance, while in others they are more stretched. We still don’t have enough experience to say that these morphological changes are due to some type of deficiency or if it is just a conformation resulting from their environment. 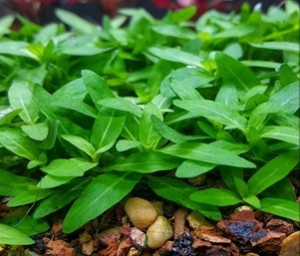 Staurogyne is a plant that has become quite popular in planted aquariums in recent years and has seen many interesting morphological changes that even suggest species variations. The same can also be observed with Cryptocorynes and Anubias. Either these plants are more susceptible to a deficiency of some nutrient that fades between the leaf veins (Mg or S), or it ends up being easier to notice simply because the leaf area is larger. Anyway, it’s more questions than answers as usual, but it’s the right questions that drive our hobby through evolution.

HOW DO PLANTS SLEEP?
